I’m unashamed to say I stole this story. Why? Because the guy who told it to me doesn’t blog and is unlikely to publicise it, and it’s a story begging to be told.

So to make me feel better here, howz about we say it’s a guest blog and in the same spirit, I’ll write it from his point of view. So here goes…

Late one afternoon I get a phone call from Siakobvu hospital to say one of my guys is in there with malaria and they need money. Since the US dollar was in use already albeit illegally, I knew he meant they wouldn’t accept Zim dollars for treatment…
I got up there a day or so later, sorted out with the money story and went through to see my rigger foreman. He’d been treated fine, was recovering, but extremely weak. He lay in a bed next to a man almost entirely covered in bandages.
“What happened to you?” I ask
“I was attacked by an elephant,” he replies.
“And you survived?”
He nods and says:
“You see boss. I have to go through Chizarira National Park to my home in Zhamba. It’s to make money.”
I nod to encourage him, after all, my rigger is barely lucid and I’ve got nothing else to do.
“I have two children and God has blessed us with a third.”
His face spits in a wide happy smile.
“You know times are tough,” he adds and again I nod my head, “So I buy fish at Kariba and take it home to sell.”
My eyes widen. Kariba to Zhamba via Chizarira is VERY far. Even in a car. On a bicycle it must take days. No, he tells me. He takes one day to get from Kariba to the top of the escarpment and once there, its mostly downhill…A day through the national park, if he times it right and only a few hours home on the other side. At least, he adds, he can stay with someone he knows immediately outside the park.

“So, now it is late afternoon, I am racing along on my bicycle, I come around a sandy corner and whah. Three male elephants, all over the road. I swerve, Boss. I go into the bushes on the side trying to avoid them. But one of them reaches out with his trunk and knocks me off my bike. I roll and I run. I run for dear life. But even if an elephant doesn’t look like he is running, he is very fast. The smallest guy chases me, maybe thirty metres. He finds it much easier to run through the long grass than I do. He hits me to the ground with his trunk. The elephant takes his tusk and spears me here,”
The man taps his hugely padded, blood stained thigh.
“Then he pulls out, and prepares to stab me again. I roll over and he misses with the tusk but crushes me with his head. I hear my ribs popping and breaking. I can’t breathe and the vision of my two children passes my eyes.
“The elephant stands, to finish me off. I look up at him towering above me and I try to wriggle away, but I cannot. He moves his leg.  I think he is about to kick me, but he takes a step back and then makes a noise while he flaps his ears, in answer to one of the elephants.
“I hear them busy with my bicycle. They are destroying it. It crashes and buckles as they hit it down on the ground, against the rocks.
“The elephant moves over to its friends. I hope it has forgotten me, will leave me alone. But I know, even as I pull my arms over my head curl into a ball, I know it won’t help me. This is the bush and it will soon be nightfall and the smell of blood will call hyena and jackals. My unborn child will never know his father, may even never know what happened to him. Someone may find my bicycle, maybe not even this year. Who ever comes along this road? Let alone twenty, thirty metres in?
“I lie there, I do not know for how long, when I hear the elephants back. I am crying from the pain, and expect that having destroyed my bicycle, they will finish me off. I feel a shadow over me and try to curl tighter. Over my arm, a trunk, bristly, moves gently. It drops down my face and I can smell my fish. I feel the wind as he sucks up my smell. The trunk taps me gently, strokes me down my arm, all the way along my body to my bleeding thigh.

“You know you can’t hear an elephant move, they walk so silently. The next thing I hear is a breaking branch. I guess they are eating nearby. I am wrong. A branch is thrown on top of me, then another and another. They are holding my funeral. I have heard of this about elephants and I begin to cry.

“It became dark slowly although in my pain I was not always awake. The wound in my thigh was not bleeding as badly as it had earlier on, but I still could hardly breathe. I had to take very shallow breaths and I could taste blood in my mouth. I wanted to cough… I tried it only once!
“The elephants remained with me through the night. A few times I felt that trunk gently brushing along my arm, my face. Down my body.

“You may think I’m dreaming boss, and maybe I was. But I heard the jackals first. Later I heard the hyena. I heard his insane giggle and I feared. Once, during the night I swear I heard one of the elephants hit one. I knew how powerful a blow from that trunk is. The hyena made a silly screaming laugh, but didn’t wrap those powerful, bone cracking jaws around me. I have heard of people asleep in the bush have parts taken off their bodies from one bite by a hyena.
“I awoke in the early morning to the sound of the blue flies. They were sitting all over the branches around me. Blue flies are the death signal. Not one can be seen until the end is near.

“The elephants were still there. They took it in turns to eat, never roaming very far.
“Lying there, waiting for death, in the cool, very early morning, boss, I heard the unmistakable sound of an idling diesel engine. I thought I was dreaming. Hoping. My blood beat loudly in my crushed heart. I wanted to struggle up, wave my arms to the car, call out. I could not move. I could hardly croak. The vehicle slowed, but the safari hunter did not turn off his engine. If he had, he may have heard me.”
Smiling proudly at me, the man said, “It was the big elephant again that saved me, boss. He made a dance to make the tourists watch. He held their attention and then when he realised they could not see me in the tall grass, he held up one of the bundles of branches they had placed over me. The tourists still didn’t understand so he walked over to my bicycle and held it up.”
I think my face must have been a picture of disbelief because the patient levered himself up on one elbow, painfully.

“Boss. You can refuse to believe what I have told you up until this point. But this part I was told by the people on the game viewing vehicle. You can ask them if you don’t believe me. That elephant, the one with the large tusks called them to me. They picked me up off the ground, put some bandages and drove me all the way here.

“And my unborn child will live to see his father…”

Apparently the guy decided it was too dangerous to ride a bicycle through the National Park any more. It was obvious to him that the elephants knew he was not supposed to be doing that. The fish on the carrier had likely offended their sense of smell as had the speed with which he was traveling!

He professed himself lucky that the older elephant had a sense of humanity and stopped the younger ones killing him. He said perhaps another elephant who had been hurt by humans may not be so compassionate. He said he was lucky the older elephant was embarrassed enough to chase away the hyena, look after him through the long night.

He would stick to farming cotton from now on, he said. Hard work, it didn’t include riding through a National Park. 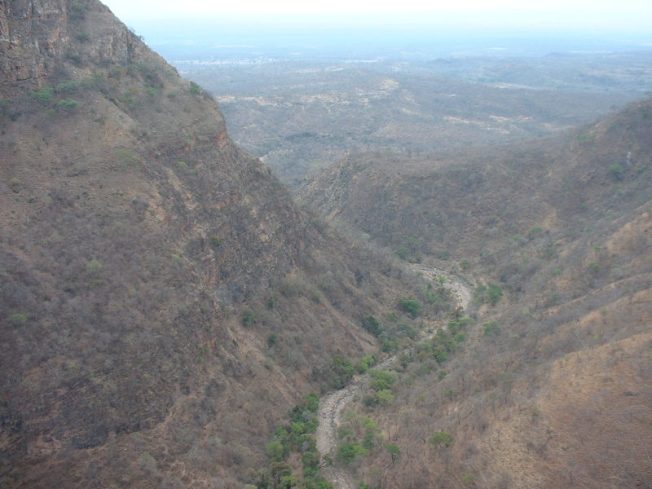 Kariba is there…in the distance

Now… this, Ladies and Gentlemen is a true story. Why would I lie to you?

Please have a look at my books:

You can find Silk Threads on Amazon here

I still have Silk Threads free on Smashwords here: 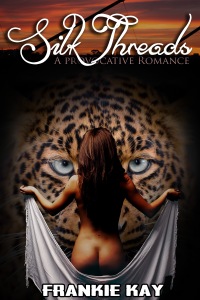 They are also available on Sony, Apple, Barnes and Noble, Diesel etc etc